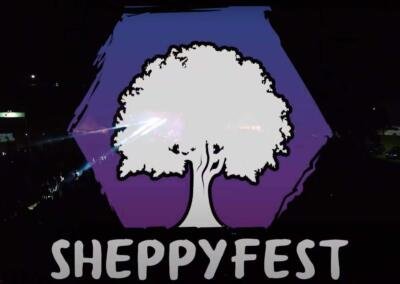 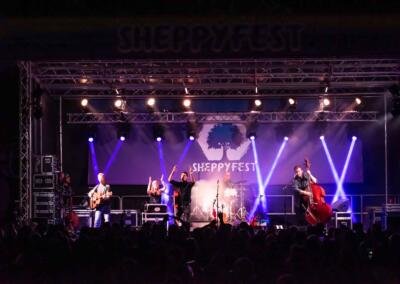 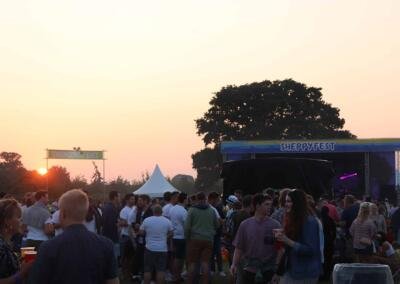 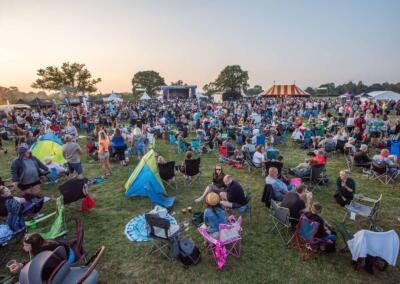 Compass Video was called by Sheppy’s Cider to help create an event promotion video to bid farewell to the final Sheppyfest folk music festival. The event was fantastic, with great people in a fantastic setting. We were very sad to find out that the 2021 Sheppyfest would be the last. We worked with students from Wiltshire College to offer a work experience opportunity to create an event promotion video. We mentored the students at the festival and during the edit to create a series of videos for Sheppy’s cider. We think they did a great job.

Sheppyfest is about great musicality, fun and inclusiveness. The festival is not bound by genre but rather by what Sheppyfest believe to be great music that fits the surroundings.

Sheppy’s Cider has been at Bradford-on-Tone since the family moved here in 1917, and the name and location have been a fixed point in the lives of local people and holidaymakers ever since.  Over the years Sheppy’s have welcomed thousands of visitors to their shop, tea room and museum.

We have worked with Sheppy’s Cider on a number of occasions and can recommend a visit. If you would like to discuss how video or animation can work for you in 2022, contact us today.

SMEs across the globe are committing to halve their emissions by 2030 and achieve net-zero by 2050 and to operate in a more sustainable way. Compass Video have pledged, agreed and signed up to the SME Climate Commitment In keeping with our climate commitment and...
Read More

A new name for Google My Business – Google Business Profile

Top Tips for Producing a Corporate Video If you consider the modern attention span vs the time it should take to thoroughly communicate a corporate message, one can quickly surmise that planning and producing a corporate video successfully is a challenging task. Video...
Read More

How to become a thought leader with video

The importance of thought leadership Setting the goal to become a “thought leader” is a real challenge. True thought leaders use their expertise to show a perspective of their industry through education, guidance and insights. They then go on to inspire, lead and...
Read More

Posting video, image or photo content on social media can be a daunting process. There's so much talk these days about analytics and the 'reach' of each post that sometimes it can seem like an overwhelming venture. But it is important to remember the basics as well....
Read More

Compass Video are incredibly grateful to have been recognised by the SME News - UK Enterprise Awards. We are proud to announce that we have been awarded the title of 'Best Video & Animation Production Company - Somerset'. SME News "is a quarterly digital...
Read More

Our top feature films made with a Smartphone list

Here at Compass, we talk a lot about the power of the modern smart phone when it comes to filming. Whether it’s helping you advertise your products, search for new staff or keeping them up-to-date with news, smart phones put the power in your hands. But it’s not only...
Read More

December means one thing ... Top Christmas Adverts 2021! Heart-warming, festive and occasionally memorable, here are our Top 3 Christmas adverts for 2021.3) Barbour | Paddington, Please Look After This Bear This is the very first time that Paddington's original...
Read More
This website uses cookies to improve your experience. We'll assume you're ok with this, but you can opt-out if you wish. Cookie settingsACCEPT
Privacy & Cookies Policy